Are you coming to the Hay Festival next year?

Although it may sadly not be happening this year (2020) the Hay festival is an important part of the Literature scene. Hay is the famous “town of books”. Every other shop is basically a second hand books shop. Even the ruins of Hay Castle has one. The festival was started in 1988 and has been going ever since. It has featured such distinguished writers such as Steven Fry, Noam Chonsky and Hilary Mantel. That this little town on the Welsh/English Borders can attract such high profile authors speaks volumes for its appeal. It draws large crowds and, like any other large event, needs Event Medical Cover. At least there is https://outdoormedicalsolutions.co.uk/  to cover that. 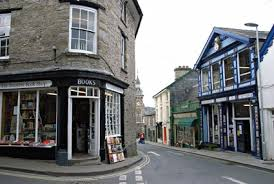 The first shop for books opened in 1962 by the eccentric Richard Booth. Independently wealthy he purchased the town’s old fire station and converted it into a bookstore. He then bought a huge amount of books from North American libraries that were closing at an alarming rate. He then called himself “King of Hay” and made his horse Prime Minister. At one point “passports” were required.

The Florence family organised the festival as the town was established as the “Town of Books”. It is sponsored by the Guardian, Tata Group and the arts councils of England and Wales.