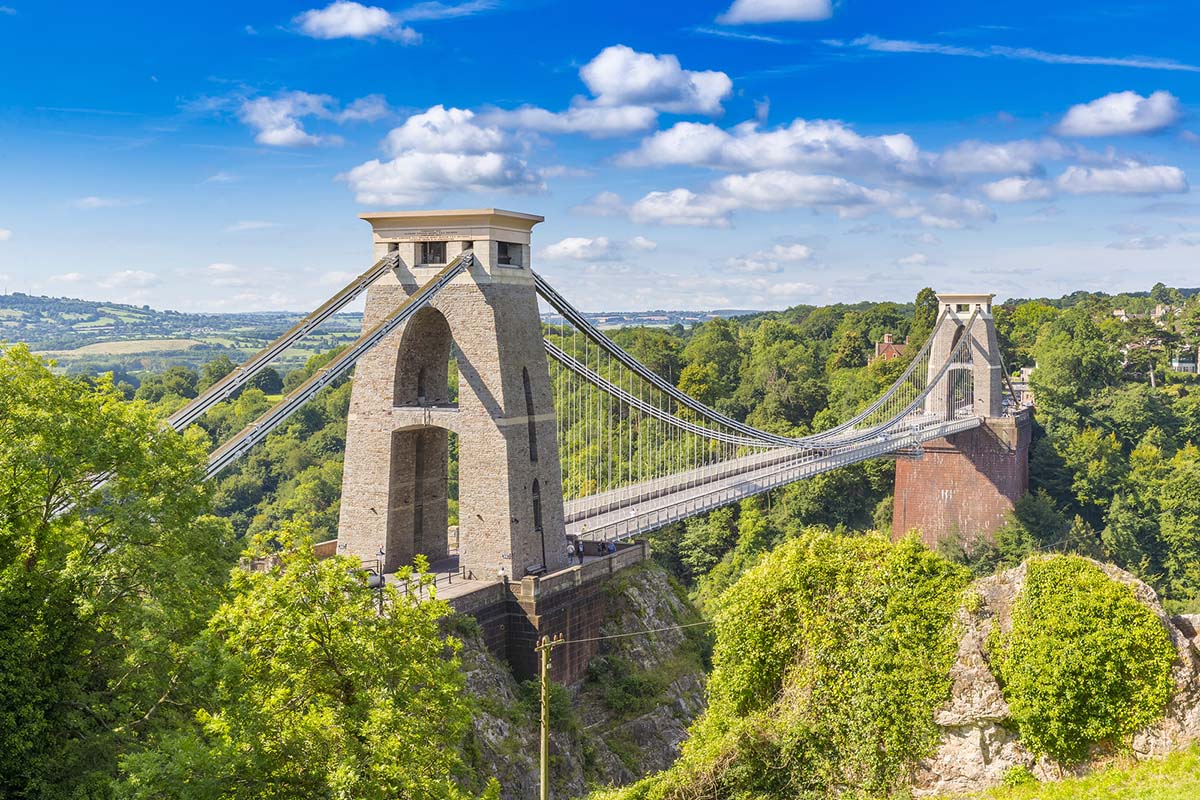 Bristol proudly combines the rustic tranquillity of the South West with its own brand of urban vibrancy. A burgeoning dance music scene and fun, friendly nightlife are complemented by beautiful green spaces and the kind of rural delights only found in the West Country. With recognition in 2015 as the European Green Capital and a world-class artistic and cultural heritage, there is no better time to discover Bristol for yourself.

Great opportunities for rambling and hiking can be found around the nearby Cotswolds villages, which make up the largest ‘Area of Outstanding Natural Beauty’ in England, and the Cheddar Gorge and Caves in northern Somerset.

An interview published by the Guardian with influential local DJ Shanti Celeste lays bare Bristol’s underground clubbing scene. There are big destination nightclubs such as the converted skatepark complex Motion and smaller intimate venues such as Portland Square’s Cosies bar and club and The Bell on Hillgrove Street. If you like to party, you are sure to find your niche somewhere in the city.

Travelling in and around Bristol is easy. With two railway stations at Temple Meads and Bristol Parkway and road connectivity between Wales in the west and London in the east via the M4, the city is well connected to other parts of the UK, while international travellers have been arriving in the city at Bristol Airport in Lulsgate since 1957. Buses and taxis keep people moving around the city, with Bristol Parkway Taxis a Bristol taxi firm available day and night. This Bristol taxi company takes care of all manner of journeys throughout the M4/M5 corridor.

In 2008 Bristol became England’s first cycling city and established itself as one of the most bike-friendly urban areas in Europe. Sustainable transport charity Sustrans, which works to initiate healthier cost-effective transportation and commuting, is based in the city and has done work to make cycling more attractive to Bristolians. With cycle roads on most of the major roads and an abundance of nearby green spaces that lend themselves to two wheels, visitors to Bristol are urged to bring their bikes along for safe and quick travel around the city.