One of the best  Cars that James Bond ever had 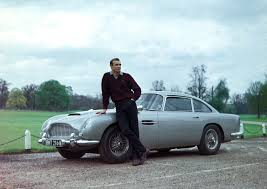 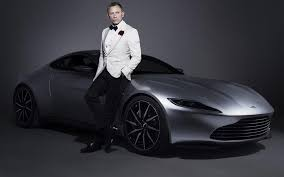 One thing that James Bond always needed is the chance to make a get away. Luckily for him he had a great ally in the shape of Q. He would generally provide OO7 with a fancy car that was loaded with gadgets so that he could make good his escape. They were usually top of the range sports marquees which also helped him. What they could have all done wirth is a Ghost Car Alarm.  These handy systems totally shut the car down plus they are able to track it. One of Bond’s cars simply exploded if anyone tried to break in.

One of the best car’s that Bond had was the forever stylish Aston Martin DB5. This car was first featured in Goldfinger with Sean Connnery, but it made a spirited comeback cameo in the Daniel Craig years. The car had some outstanding features including a bullet proof shield that was raised at the back, extendable tyre shredding blades from the wheels and rotating number plates allowing Bond to drive around Europe with ease. The most interesting feature was the ejector seat. This gave Bond the chance of being able to get rid of any unwanted guests in the passenger seat.

These are all passive weapons, the car could spray out oil and create a smoke screen too. However if James needed to get aggressive there were missiles and a pair of front facing machine guns.

« What is Food Fraud?
All I want for Christmas is a Sinclair ZX Spectrum »
Spinity