This movie, you may remember, was a science fiction adventure released in 1993. It marked the directorial debut for Marco Brambila and starred Wesley Snipes and Sylvester Stallone. But was it about demolition? 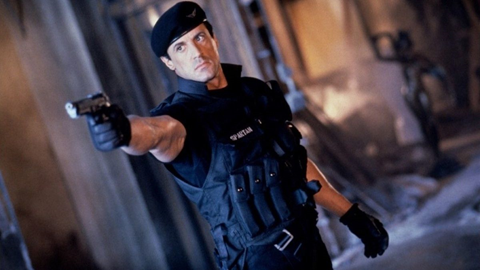 With aspects similar to Brave New World by Aldous Huxley, the story involved a police officer and crime lord who were cryogenically frozen in 1996. When brought back to life in 2032, they find society drastically changed and crime appears to be a thing of the past.

When the criminal Phoenix is thawed for parole and escapes, the police officer named Spartan is also thawed in a bid to recapture Phoenix. The demolition refers to a heinous crime committed in 1996 by Phoenix whereby he sets off explosives in a building and kills a number of his hostages inside.

Demolition Man never really hit the big time and only received a score of 5.43 out of 10 on the Rotten Tomatoes review website. It has been described as a better than average sci fi shoot em up with elements of satirical comment about modern society.

There was a 4-part comic adaptation produced by DC Comics following the release of the film. Demolition Man was also released as a video game for numerous home gaming systems of the early 1990s and mostly consisted of 16-bit shooting games made by Acclaim. Believe it or not, there was also a pinball machine produced called Demolition Man and it featured audio clips from the movie.